Get Ready for Study Abroad or Study Away!
Drop-in Advising for Education Abroad Monday, Nov. 22

Find out about the process to apply for study abroad (international) or study away (domestic/US territories).

Application for study abroad through EWU: Download it HERE

Below are testimonials from EWU Education Abroad Alumni as to why you should incorporate experiential international education opportunities into your degree plan.

I have always had the curiosity to explore and get out of my comfort zone. I know that I am an extrovert for the most part and enjoy meeting new people. While growing up, I had the urge to meet new people outside my little town (population 9,000), because I just wanted to know if the culture and the people were any different. I even attempted to transfer high schools twice but was eventually denied. I wanted to be that new kid and make new friends. Once I graduated and started attending community college, I made it a point to meet people in other cities around the county. I thought it was neat that I could say I had friends from other towns. It did not stop there and once finished up my AA and transferred to University to complete my undergrad. I knew I was going to have the opportunity to meet people from other parts of the country. I was ready for this and made it a point not just to make friends who looked like me. I saw this quite often at several universities, where minority groups stick with one another. I thought to myself, I did not come to University to hang out with people who looked just like me. If that were the case, I should have just stayed home and attended University there.

With this philosophy in mind, I knew I still had the biggest hurdle of all to get over. That was expanding my outlook beyond my own countries culture. The ultimate test was going abroad, to see firsthand what other people ate, their traditions, religions, and everything in between. I only had one problem. I felt that I would not have sufficient funds to be to make this dream a reality. I went into the study abroad office at my University and talked to the advisor there. After a few sessions, I gained more confidence that maybe this could be an option for me. In one of our discussions, she let me know about the Gilman International Scholarship. The second roadblock in front of me was that I was going to have to write an essay. Writing has always been difficult for me. The advisor would not let me give up and helped me along the way to make sure I applied for the scholarship. To my surprise, and after putting in the hard work, I was awarded a $4,000 scholarship for an internship abroad in Buenos Aires, Argentina!

My four months in Argentina were unbelievable and life-altering. It opened me up to new perspectives, mainly from the relationships I made with others during my time there. We had discussions over topics I never had thought of or learned at University. Just one of the great things that come out of studying abroad and left me yearning to see more places and have diverse experiences. From that day forward, I've made it my goal to see as much as the world as possible. It has been the best time of my life up till now! I can proudly say that I have traveled to 43 countries since studying abroad in 2013 and don't plan on stopping anytime soon.

I believe studying abroad and traveling is more vital than ever, for the following reasons-pandemic, fight against racial injustices, and climate change. Traveling allows you to see that though we look different and talk a different language, we all have the same wants and needs at the end of the day. It allows us to know we are all in this together. That we must continue to work with one another to create a better world, not just for our species, but every other living creature that occupies it. We live in such a beautiful world, and we must take care of it. I am proud that I have always had it in me to meet others who are a lot different from me and know I have friends all over the globe. It has to lead me to a wild adventure and memories that will last for a lifetime. Thank you for taking the time to read my testimonial.

My name is Nicole Hahn and I am an EWU Education Abroad Alumna. For the academic year of 2019-2020 I had the privilege of studying abroad at the University of Limerick in Limerick, Ireland. I was born and raised in central Washington with my three siblings, graduated in 2018 from Ephrata High School, and have continued my education at EWU with the goal of becoming a teacher. Before coming to EWU, I had always thought study abroad sounded like an amazing opportunity that I desperately wanted to experience but believed it to be far beyond my financial capabilities. However, after only two months at EWU I became acquainted with the incredible staff and programs of the Education Abroad Department and realized that my dream could very well become a reality. With some dedication, hard work, incredible support from EWU, and a generous scholarship from the Spokane-Limerick Sister Cities Association, I found myself boarding a Seattle plane on August 31, 2019 headed across the globe to places I had only ever imagined seeing.

My time in Limerick was absolutely transformational. The opportunities for personal growth that came from being so far removed from anything familiar were abundant and I appreciated the chance to learn how to be truly and responsibly independent. Attending a foreign university was also key to my professional growth. As a future teacher, it was fascinating to be exposed to an entirely different educational system, to analyze its strategies and adopt certain techniques and philosophies into my own repertoire. My courses focused on Irish history (ex. 1660-1960), culture (ex. Irish Folklore), and literature (ex. Contemporary Irish Literature). While these subjects do not directly apply to my chosen career, they have allowed me to gather materials, create connections, and be exposed to sources I never would have without this opportunity. I will absolutely be applying these things to my future classroom in order to give my students the opportunity to learn from unfamiliar perspectives. I believe that this diversity is fundamental to a thorough and enriched education. 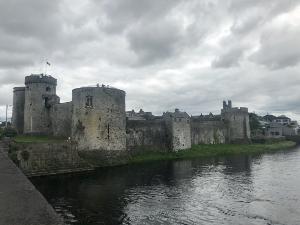 I am utterly thankful to have had the privilege to study abroad and know that I could not have done it without the support of the EWU Education Abroad Department and the Spokane-Limerick Sister Cities Association’s Tim Sarbaugh Scholarship.

I can only hope that by sharing my own story others might be encouraged to pursue their dreams of travel and exploration, unhindered and undaunted, just as I experienced.

I am majoring in International Affairs and Political Science at Eastern Washington University, Cheney. As a study abroad student, I spent 16 weeks at Chiang Mai University (CMU) in Thailand through a scholarship from Benjamin Gilman scholarship and support from EWU Global Studies. While in Thailand, I had the opportunity to take classes related to my degree plan at EWU while living with some of the Hmong people of Northern Thailand. Unfortunately, I was not able to learn the Hmong language during my homestay there. However, because of the opportunity I had to listen to the Hmong language, I have been able to recognize some Hmong families speaking in their native language in my community.

One of the courses I took at CMU was on Diplomacy in Southeast Asia. It focused on the historical events that led to the establishment of the Association of Southeast Asian Nations (ASEAN), an intergovernmental organization in the region. In addition, CMU allowed me to explore China’s current foreign policy. This was crucial for me as an International Affairs student because it inspired me to discover more about this topic. As a result, I have decided to write about China’s foreign policy for my senior thesis and will continue to expand on that topic as I prepare for graduate school. Studying abroad not only challenged me intellectually, but it helped me to become more adaptable and culturally aware in an unfamiliar environment. It also gave me the opportunity to connect with other students in my field of study and network with them. I would encourage every student to experience studying abroad because it is a once in a lifetime opportunity that could open may doors for you in the future. 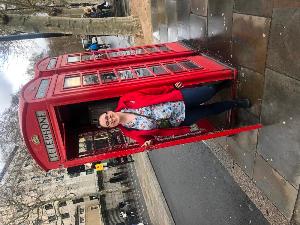 I am an Alumni of EWU. In the spring of 2019 I went on a short term study abroad to London and Paris. While abroad I got to see and learn about topics that directly related to my study at the time and things that I didn’t realize connected until later. Studying abroad is a vital part of the college experience. It has allowed me to gain first hand knowledge and experience that I could not have achieved by staying where I was. It opens eyes to the reality of what is going on in the world and that the world is bigger than the place that I am at in it. While abroad, I was able to observe a BREXIT march and a Yellow Vest protest. These are things that play a big part in shaping our world. Had I not seen this first hand, I would not have taken a second thought to the global impact it might have. As a journalism major it was vital for me to understand what was going on in other parts of the world in order to be an informed and better writer, student and journalist later on. I often look back to my time abroad to help me keep a bigger picture mindset of what’s important in my reporting. I also believe my experience abroad helped me land a job in my career field immediately upon graduation. It was not only an interesting talking point in interviews but it also showed that I was adaptable, teachable and observant. The best part of studying abroad in college was that it was more financially feasible and safer than traveling on my own. I recommend anyone who gets the opportunity to, to take advantage of studying abroad through their college because it was the best choice I could’ve made for my own growth and future.

Kendra
Studied Abroad in Spain and Interned Abroad in Costa Rica- both times with ISA.
Was hired by ISA the month after graduating from EWU.


To hear from more of the program's alumni on the role Education Abroad played in their lives, check out the Eagles Abroad Experience and Advice link below!

For tips on how to start planning for your own experience, refer to Getting Started and Education Abroad Options. 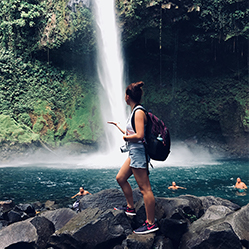 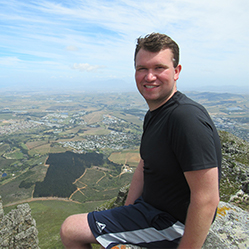